Originally there was only one church. In 1054 however, the church separated into
two – the Eastern Church (Greek and Russian Orthodox) and the Western Church (Roman
Catholic).

In the mid 1500s, another major event, the Reformation, occurred, when people like
John Calvin (France), Martin Luther (Germany), John Knox (Scotland), Thomas Cranmer
(England) and Ulrich Zwingli (Switzerland) spoke out against what they believed
to be corruptions in the Western Church, and tried to encourage a return to what
they regarded as New Testament Christianity.

What does this mean for us now? Having said that we are part of the “Reformed”
Church, that does not mean that we have finished reforming. It would be arrogant
for us to say that. We believe that the Holy Spirit continues to speak and act in
our midst, teaching us how we can continue to become more and more the people God
is calling us to be. We believe that God speaks to each one of us and God speaks
through the Church. 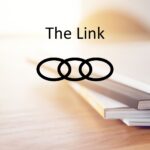